Tricia Morosin on growing her supporter base through MATCH Lab 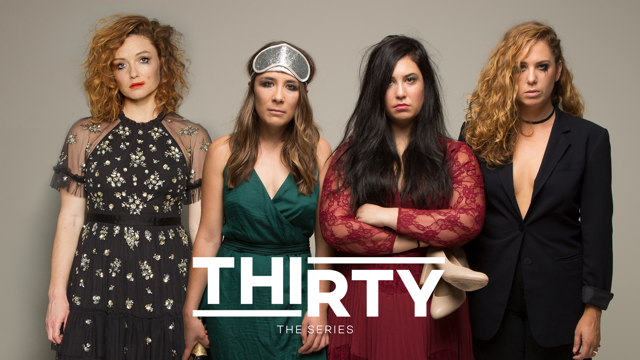 We chat with Tricia to see how she was able to run such a successful MATCH Lab campaign by taking advantage of her strong social media presence and using playful messaging throughout her campaign.

Tell us about why you applied for MATCH Lab?

I applied for funds to make the second season of my web series Thirty. We had tried to secure funding from government bodies and had almost given up when we found out we’d been selected for the MATCH Lab program (yippee!!!).

Our strategy was to grow the supporter network we’d established with season one by driving our key message: support Thirty and create more opportunities for women in front of and behind the camera.

We brought the real issue – women being under-represented in our industry, to the front and centre.

It was a stronger call to action, that had relevance beyond our fanbase and it worked.

This was a really different approach to simply saying “support our show, it’s good”.

Why is it important to have a sense of humour when asking people to donate?

I think with any communications campaign you have to ensure your content is engaging and we are, after all, a drama/comedy series, so we wanted this campaign to still reflect the tone of the show.

Why did you choose to include rewards as part of your campaign?

I do think you can entice people to give a little more if you have some well-thought-out rewards.

E.g. I was going to give X amount, but if I give just $20 more, I can go to the premiere and that sounds rad.

I know, as a donor myself, I give more if there’s a reward that sounds fun.

I was absolutely blown away by the generosity of our supporters – there were also a few jaw-dropping donations which… I mean… wow. It still blows my mind!!

You had a long list of campaign supporters, 180 to be exact. How did you facilitate relationships with donors to achieve such a great level of support?

We kicked things off with a crowdfunding launch party, inviting close to 150 people – many of whom were season 1 crowdfunding donors.

We wanted the opportunity to reconnect and give back to them with a fun party, some nibbles and to share the campaign info in a face-to-face forum.

It cost a little to run the event. Thanks to sponsors it was well worth it, helping us raise $7K on the first night of our campaign.

Ultimately, you really can’t beat personalised communication and talking to people face-to-face.  Plus, I wanted to!

A lot of our supporters are family and friends, who generously choose to support my art – I wish I could give them big hugs and thank them every day!

Any tips for creating an authentic ask?

Think about your audience, what’s in it for them and why this might matter to them.

That’s a different mindset to thinking they’re just doing you a favour to be nice.

You are providing a product, an experience through your art – you need to sell that to them (in an honest way).

And don’t get defensive! I have seen some crowdfunding campaigns whereas time ticks on the communication gets more and more defensive and aggressive, which is a major turn-off!

One tip for anyone who is thinking about applying for MATCH Lab?

The training I received in Melbourne and that experience alone was worth its weight in gold!

It completely changed my mindset on fundraising and I’m so incredibly grateful.

Also, the MATCH Lab program is very well-organised and we received timely, insightful support throughout.