Monica Zanetti on fundraising in 36 days

MATCH Lab artist Monica Zanetti wanted to create a romantic comedy reminiscent of those she loved as a teenager but never saw herself represented in. 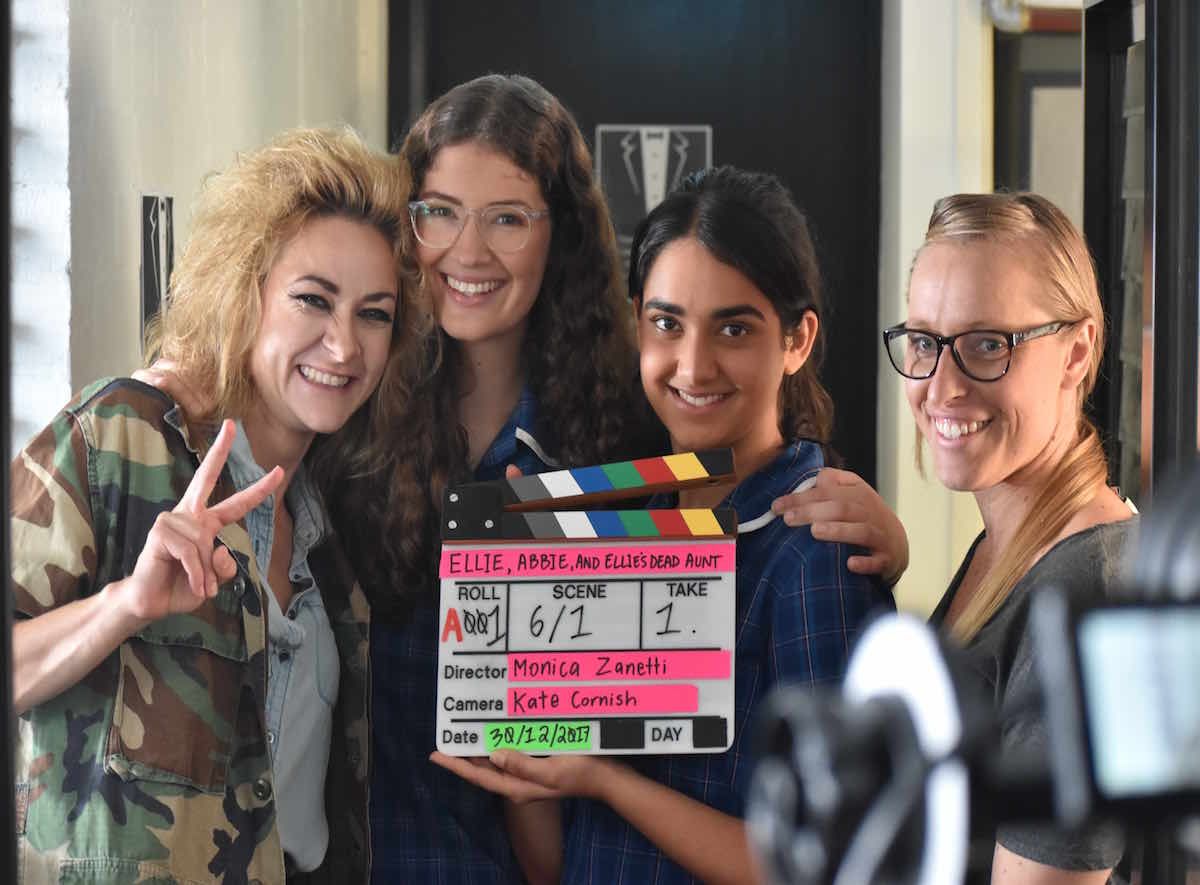 Monica ran a successful 36-day fundraising campaign for her short film Ellie & Abbie and was able to attract over 150 individual donations, raising over $40,000 for international distribution of the film throughout cinemas and online platforms.

We spoke to Monica about how she was able to reach her target in 36 days and what advice she gives to arts fundraisers.

We always knew personal emails and reaching the audience that would want to see this film were important. We planned for social media to be a big part of our campaign but in the end, we found it to be less effective than reaching out to our individual connections personally.

We filmed a clip of our film before our campaign launched and we were able to screen that clip at Mardi Gras film festival which was great as it hit our target audience directly. We also found that downloading the email addresses of our LinkedIn connections and emailing them with a targeted email campaign was incredibly effective.

In the end, it came down to emailing or direct messaging that got us to our target. Also approaching a couple of donors who were able to donate larger sums of money.

What did you learn from previous experiences that helped you achieve your goal?

It was my second time campaigning, however in the first campaign crowdfunding was relatively new and social media was pretty much our sole strategy, it was incredibly effective. So I was so surprised when that wasn’t the case this time.

I had learnt the importance of holding a launch event so that when people went to your page they could see there were already donations there, and also that there would be slow moments in the campaign. I also remembered that it is a full-time job and can’t be done part-time.

Your campaign was just 36 days. Do you think the short timeframe helped you achieve your goal?

I think any longer and people would have been completely exhausted from our campaign. It was the perfect amount of time as it gave us a few extra days in the middle to drum up support, but it didn’t drag. We were able to hit the campaign hard for 36 days without completely running ourselves into the ground.

Tell us about your marketing strategy. What worked and what didn’t?

What didn’t work was paid Facebook promoting. We posted the same video on our “Business” page with a paid campaign and while we got some likes, that was about it. We also got some traditional media coverage in film blogs and Queer blogs, I don’t think that had a huge direct effect, but it gave us something to post about on social media and keep the film in everyones’ mind.

What did your day-to-day look like during the days of your campaign?

Emailing people. I made all of my emails personal which took longer. I also sent a personal email of thanks to everyone who donated, so that also took a lot of time – but I heard back from donors that this made a huge difference to them. They felt included and appreciated. Also attending Mardi Gras and networking events chatting to people about the campaign in a more casual setting.

Tell us about how and why you decided to leverage Sydney Mardi Gras to attract new donations.

Having made a queer film before, I know how invested the queer community is when it comes to films like this. They are passionate about LGBTQIA representation in the film and I know they are a really supportive crowd. So I knew if I could just get this clip in front of them, they would fall in love with the film in advance and get behind it.

Every screening we presented at was sold out, so that meant we had at least 200 eyes on our film at every session. The clip we showed was purposefully very charming and engaging and left them wanting more. It seemed to work!

On the set of Ellie & Abbie

How did you thank your donors and how will you stay in touch with them?

In addition to thanking everyone in a personal email, we made up a little e-Card that addressed them personally. These were very popular and often lead to our supporters sharing the e-Card on social media encouraging others to donate. As soon as we have a shoot date I will send out an email to all our supporters to let them know. And then send them regular updates and photos.

We’ll probably invite them all to come and be extras on the day too! As we used Pozible many of our supporters have their own individual rewards coming as well. The VIP screening & name in the credits rewards were our most popular reward.

What advice would you give to artists interested in applying for MATCH Lab?

Having the support of Match Lab gave our campaign validation, people immediately knew this was a project that had already been vetted and we were people you could trust with your donation. The MATCH Lab clinic left me feeling so confident walking into our campaign, and I no longer wanted to apologise for the fact I was crowdfunding again.

I gained such a wonderful support network of people from the clinic and I also learnt to think about fundraising in a different way. It’s about building long-term philanthropic relationships with people, not just short-term ones.