Dogmilk Films on the importance of engaging relevant communities

Congratulations on the amazing result of your fundraising campaign! Can you tell us about your experience with CPA’s mentoring sessions, and how these influenced your strategy?

Thanks! We had a few mentoring sessions with Stephen Richardson from CPA and his advice and insight proved to be incredibly helpful and inspiring. He suggested that we break down our project in terms of appeal and audience; who might be interested in our project and how can we get them excited and involved in it.

We applied this approach to our crowdfunding campaign by reaching out to the broadest range of potentially interested individuals and organisations: our immediate networks, then our local film community, Asian-Australian arts organisations, documentary communities and media for Indonesian communities in Australia. Every bit of interest and promotion helps!

Your project is crafted around the idea of disappearing modes of storytelling. How important was storytelling in crafting your campaign message?

Incredibly important! In fact, crafting the campaign strategy felt like an act of storytelling in itself. It was important to make those following the campaign feel like they were involved in a story, with its ups and downs, but ultimately (hopefully!) a successful one!

Otherwise, reaching these concentric circles of interest meant that we took apart the multi-faceted themes and stories of our project in order to properly address each parties field of interest. For instance, when approaching local Indonesian-language magazines we would focus on the story of the distinctive local culture and its survival in modern Indonesia. 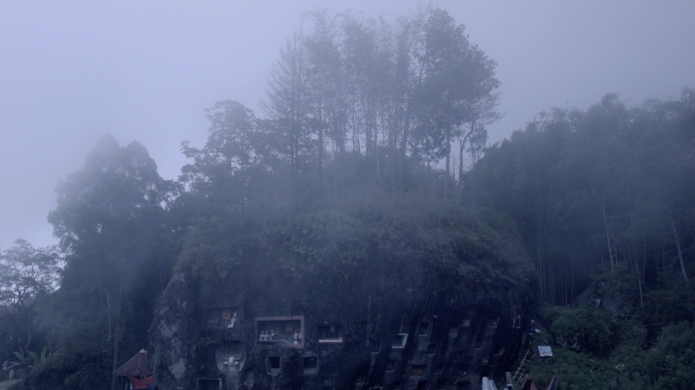 Your collective is based in Melbourne but your documentary is set in Toraja (Indonesia). How did you work to foster relationships with members of the Torajan arts community in support of the campaign?

On a previous trip to Toraja we become friends with a local television production company and created a relationship with a gallery/studio in Makassar (capital of South Sulawesi) called Rumata ArtSpace. We thought a good way to better engage with our subject and create lasting collaborations with the places and people we had come to love was to get a ask a couple of young filmmakers (like ourselves) from Makassar, to join us on our shoot.

This was particularly helpful promotionally during the campaign as well as piquing the interest of Asian-Australian, and Indonesian-Australian arts organisations and festivals. This process was not only beneficial strategically but also gave us a chance to deconstruct our project narratively and thematically, which gave us greater perspective of our artistic vision.

Along with your Indiegogo campaign you also hosted a fundraising event in Melbourne with live music and an art auction. Can you talk us through what was involved and how you marketed the event?

As crowdfunding relies on people and rallying supporters to your cause, we sought the help of our immediate arts community. We asked our friends and extended community to contribute to our event any way they could. The response was overwhelmingly generous and mid-way through our campaign we held a fundraising event involving live projections, music, performances and silent auction.

We had a filmmaker friend project a short cut of a documentary he’d shot in Java, with a group of musicians improvising as accompaniment. Plus a variety of live music performances from friends, a piece from a young performance artist and artwork donated by artists displayed throughout the venue.

Each artist also promoted the event so their extended communities became aware of our campaign, which hugely widened our audience. Word of mouth and community outreach can be very powerful!

Now that the campaign has wrapped up, how are you continuing the relationship with your donors?

Since the end of our campaign (two months ago), we have sent one newsletter to our donors thanking them for their support and outlining our trip, and we have also been posting updates on our social media channels. Once we return we will send another newsletter with choice highlights from the project and our trip. Donors will receive a basic breakdown of what their donations were used for and be updated as major stages and targets of the project are reached!

What advice do you have for artists planning their future fundraising campaigns?

Be resourceful, respectful and stay busy! Every bit of exposure and every single person reached is a victory, and don’t underestimate the power of social media.  Don’t be afraid to reach out to your community and get creative with the people you approach. Try to prepare a strategy as much as possible but also leave room for flexibility as the campaign progresses. Good luck!